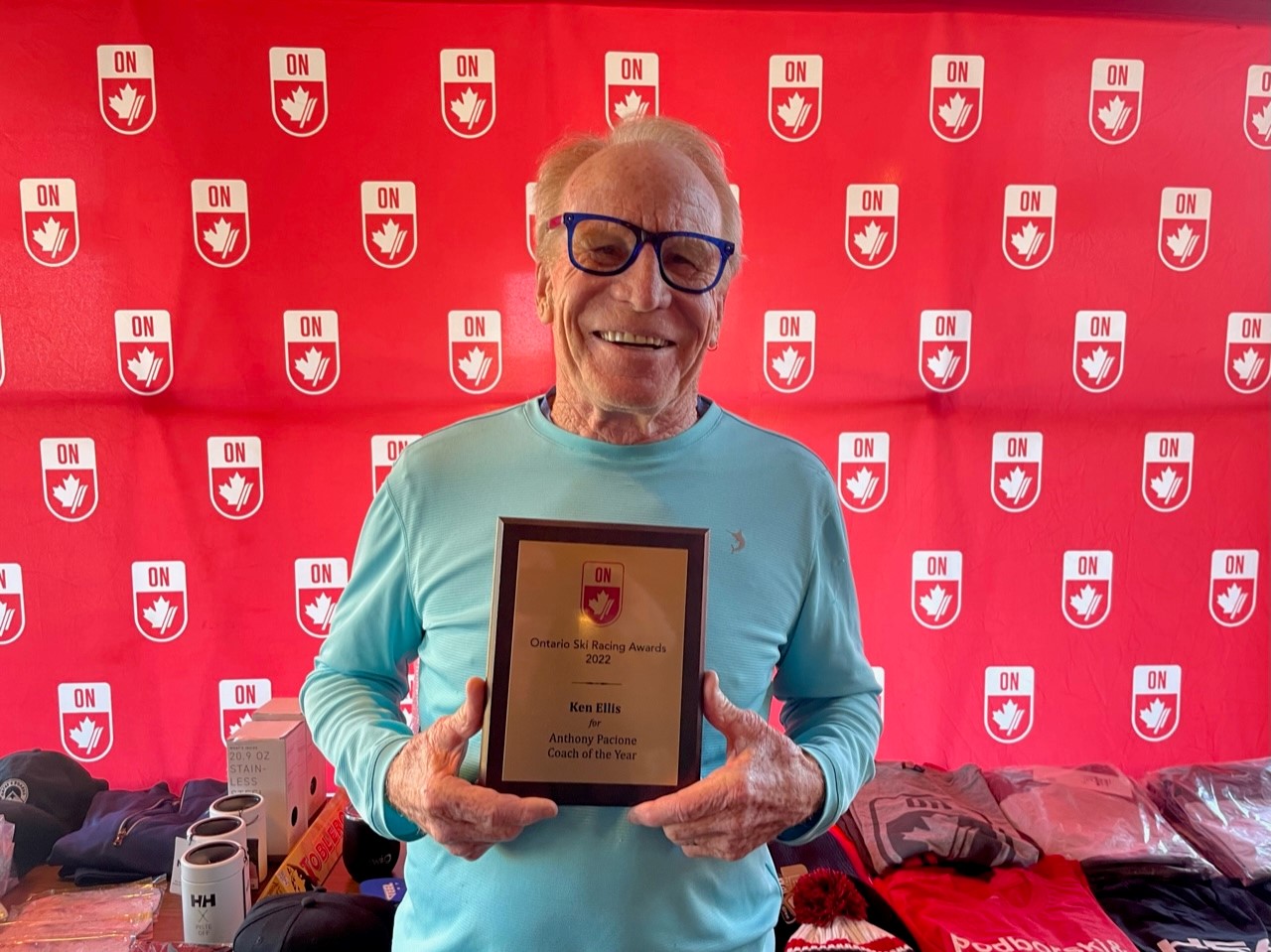 The AOA Coach of the Year Award in given in honour of Anthony Pacione’s dedication to outstanding coaching performance that results in exceptional and demonstrated athlete advancement in alpine, para-alpine or ski cross racing. Pacione’s home ski club was the Osler Bluff Ski Club.

Ken has been recognized by many for his dedication to coaching and also his genuine love for skiing.

A parent wrote the following about Ken: “Patience, Zen-like calmness, a supreme work ethic and enthusiasm in addition to superior technical knowledge made Ken the best coach any of my 3 daughters has ever had. He was involved in all aspects of the Mansfield racing program and acted as a mentor to many of the coaches and race staff. Pre-race meetings with athletes; regular coaching updates with parents; post race analysis with individual athletes; outside all day with the kids – he was always the first one out and the last one in, even on the coldest days. Our kids love Ken and hang off every word he says.”

He continued, “As a retired teacher, Ken is also a great communicator which is largely due to his experience and his listening skills. He makes sure he understands the questions and then formulates his answer in various degrees of complexity depending on his audience. There is no one better at this, and he remains humble. Ken loves to ski – I would often see him at the end of the day skiing by himself – he is amazing, and we feel so lucky to have him coach our kids.”

Ken’s leadership was further recognized: “Ken has put together a year-round training program for both himself and his athletes that consists of dryland training workouts in the off season to ensure racers are ready when the snow flies. This consists of 5 days/week workouts to strengthen his racers. Ken starts each on snow training day with physical conditioning that warms the racers up and allows them to prepare for their day. Ken is 75 years old and recently lost his wife to cancer. His team, his racers, his “ski family” is what keeps him going and his love for these athletes is incredible. Ken’s U12 ext racers are the “Wolf Pack” and the epitome of a TEAM. Ken’s race results speak for themselves. Ken encourages and empowers his athletes. Ken’s team are a very close knit group. Ken enhances the strengths of each of the racers on his team and helps development areas in which they need to improve through clear instruction.”